Ever heard the name Tan Sri Dr Muhammad Shafee Abdullah before? He’s a pretty prominent lawyer in Malaysia. He’s been involved in a few high profile cases like the Altantuya case and the Anwar Ibrahim sodomy case.

And recently he was appointed our newest ambassador-at-large for human rights. In other words, he’s Malaysia’s GLOBAL representative on human rights.

His appointment however, has raised some eyebrows. A Deputy Director of the Asian division of the Human Rights Watch (a global human rights organisation), actually tweeted about Shafee’s appointment:

But aside from being involved in the Altantuya and Anwar Ibrahim court cases, many of us probably don’t know very much about this lawyer, so might be wondering why laaa this appointment has irked some people so much. Article screenshot from The Star

When we heard Shafee would be appointed as our global human rights ambassador, we tried to find out WHO he would be replacing. So we called the Kementerian Luar Negeri (the ministry that handles international affairs) to kepo, but they told us that this position is actually a NEW one. Well ok, this isn’t exactly a controversial fact. 😛

Meaning that he’s our FIRST EVER global human rights ambassador. But why did they create such a position? Well, the Foreign Ministry did say this in a statement:

In other words, our gomen wants to improve the way they deal with human rights issues. And appointing Shafee as THE person to represent us globally does make some sense, because actually he’s not a newbie in representing Malaysia, not like 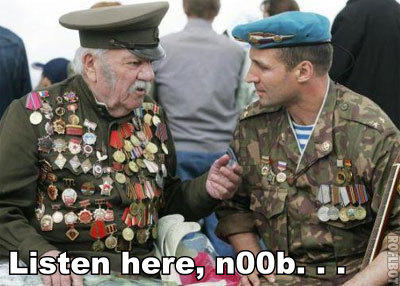 2. He helped set the standard for human rights in Southeast Asia…but it was heavily criticised There’s Shafee in the red circle at AICHR’s 2015 meeting. Image from aichr.org

In 2012, ASEAN leaders formed the Asean Intergovernmental Commission on Human Rights (AICHR) to draft a human rights document specifically for the ASEAN region. On Malaysia’s part, we were represented by Shafee Abdullah. Ok, sounds normal so far…but then criticisms started pouring in from other human rights groups!

“We are very disappointed and actually, outraged, that such standards are being adopted” – Yap Swee Seng, Bangkok-based human rights activist, Al Jazeera

Huhhh, why would human rights activists NOT support a human rights document?! They felt that it was more like a document talking about government powers DISGUISED as human rights! Al Jazeera got hold of a copy which showed that “performance of duties”, “national security”, “public order” and “public morality”, would all limit the rights and freedoms in the document. ASEAN’s 10-member countries are home to about 600 million Southeast Asians. Image from Reuters

In their defence, AICHR explained they had to consider every ASEAN countries’ differences. (The group which drafted it consisted of Communist countries Vietnam and Laos, monarchy country Brunei, democracies of Indonesia and the Philippines, and of course, Malaysia.)

“Some countries are conservative, some are more liberal so we have to come to a melting pot of all these diversities.” – Shafee, quoted in Al Jazeera

Also, they said the document could be thought of as a STARTING point, rather than an END in itself. In other words, it hasn’t reached its final form. 3. He was once jaga human rights for the whole of Malaysia

We have this national human rights body called the Human Rights Commission of Malaysia… or as you might know it by its more popular name, SUHAKAM. It was formed by Parliament in 2000 to basically jaga human rights in this country, at a time when human rights became a huge thing worldwide. To give you a rough idea, SUHAKAM handles areas like orang asli, OKU, human trafficking, people in prison, etc. So, in April 2004, Shafee was appointed as SUHAKAM’s Commissioner by the Yang di-Pertuan Agong. Being Commissioner is a big deal because that made him the head honcho according to hierarchy: Commissioner is the highest position in SUHAKAM

Anyway, there was a case back in 2009 where five lawyers of the Kuala Lumpur Legal Aid Centre (KL LAC) were arrested and detained by police during the candlelight vigil for a Bersih activist. The lawyers were just there to provide legal aid to those arrested, but in the end, they also got taken in. So a public inquiry to investigate this arrest was opened, chaired by Shafee. The inquiry found the arrest to be a clear violation of human rights!

“There was no justification or necessity to arrest and detain the five KL LAC lawyers under Section 27 of the Police Act 1967, as they were there not participating in the cause of their clients. They were simply performing their duties as legal practitioners in defence of the 14 arrestees.” – Shafee, The Sun Daily

Even so, Shafee’s appointment as Commissioner had been questioned in Parliament, because he was actively involved in politics as a lawyer for Umno at the same time. Speaking of lawyering…

4. He was the lawyer for Razak Baginda (the guy who allegedly called for Altantuya’s murder) Photo of Razak Baginda from Wikipedia, photo of Altantuya from The Star

Shafee took on several high profile cases as a lawyer. One of them is Altantuya Shaariibuu’s murder, where he represented Razak Baginda (the guy who allegedly called for the Mongolian model’s murder). To refresh your memory, click here for a chronology of events. During the case, allegedly some SMS-es between PM Najib and Shafee were leaked suggesting that Najib allegedly might’ve played a bigger role in the murder investigations. 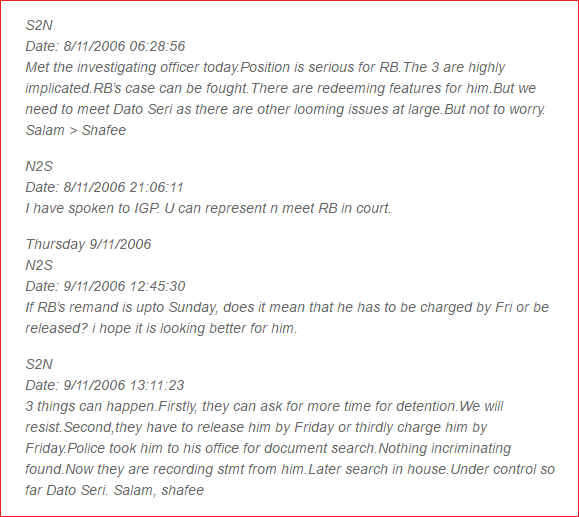 Koo waving while his lawyer Shafee stands behind him. Image from Utusan

Shafee also represented the state of Negeri Sembilan in the case of three transgender women wearing women’s clothes. Is it us, or it a little strange that a human rights lawyer was helping to prosecute people who wanted the freedom to dress freely?

Next, Shafee once defended a guy who’s said to be a very scary crime lord of KL. The guy, Koo Tee Yam, is believed to have his hand in loan sharking, pirated CDs, prostitution, drugs, illegal gambling and murder. There’s very little information about the case online except on a few blogs, so we cannot verify the credibility. Malaysia Today even alleged that this gangster has sent many triad members to infiltrate MCA before!

But speaking of high profile, Shafee had a thing or two to say about Anwar Ibrahim as well…

5. He shared explicit details about Anwar at a forum, then sued other lawyers who marah him

Among his many cases, this was arguably one of Shafee’s bigger ones. After all who doesn’t know of the Anwar Ibrahim sodomy case, right? But aside from just being the prosecuting lawyer, he was involved in some extra-curricular activity during that time…

By that we mean going on roadshows to explain to people why Anwar Ibrahim was guilty. MalaysiaKini reports that about a month before Anwar was sentenced to jail, Shafee spoke at an UMNO Youth forum, where he held nothing back on the details of the sodomy (even details that may not have even been said in court)!!! And it was reported that these roadshows were organised by UMNO Youth Wing chief, Khairy Jamaluddin. Image from mstar.com.my

But this wasn’t taken too well by some lawyers. Not long after that, a few lawyers requested that the Malaysian Bar (the organisation that represents all lawyers) speak out against his conduct and consider taking steps to not allow him to do stuff like that anymore. Subsequently, Shafee SUED those lawyers for defamation!

However, he lost the defamation suit not too long ago. About two weeks before he was announced as our ambassador-at-large for human rights.

Why has Malaysia appointed such a controversial figure? In their statement, the Foreign Ministry didn’t exactly specify why they had chosen Shafee Abdullah as the their global human rights ambassador, so we asked the pegawai we mentioned earlier. The pegawai said she couldn’t comment on why he was chosen, but she did say that based on his CV and his name, he was the best candidate that they had for the position.

“We know that he will do the best that he can do.” – Pegawai at Kementerian Luar Negeri

But his appointment does still raise questions if you also consider the controversies we mentioned earlier. And maybe that’s why his appointment has gotten on the wrong side of some people. Ya’ll be the judge of that…

But perhaps the bigger issue here isn’t that he was appointed, but rather we’re a country who doesn’t have a very good reputation on human rights anyway. And that may end up raising questions about any human rights appointment by our government.

In an earlier article of ours, we discussed how our human rights had actually been faced with some tough times like the discovery of the mass graves at the Malaysia-Thai border, and SUHAKAM kena 50% budget cut. Not to mention how the jailing of Anwar appears to the rest of the world. Foreign workers plight summore… There’s a lot of stuff la, but you can read more here.

And so with our current situation, maybe we should consider working on our problems on home ground, before appointing someone to represent us globally.

Share this article:
NAH, BACA:
A German couple held hostage in Somalia in 2008 was kidnapped again in Sabah in 2016