So this article originally came out in May 2015, almost FIVE years ago. A lot can change in five days let alone five years, as you’ve probably seen from the political drama of the past week or so that led to Mahathir’s resignation and eventual rise of a certain Muhyiddin Yassin as Malaysia’s new Prime Minister. And one such thing that did seem to change a lot is political allegiances.

In case you didn’t know, Muhyiddin had been a member of UMNO since the 1970s, but it was only in mid-2016 that he was sacked from the party for breaking their rules and attacking party leadership. That ‘attack on party leadership’ seemed to have started when this video surfaced a year before that, depicting the then-Deputy PM apparently going off against his then-UMNO President and Prime Minister Najib Razak in some secret-ish UMNO meeting:

Why secret meeting? #CILISOSclickbait Well, we can kinda justify it because…. Muhyiddin of course eventually founded PPBM, got together with his friends at Pakatan Harapan to win GE14, and then became an unwilling Prime Minister at the cost of Harapan’s dissolution. But let’s take a trip thru the DeLorean for a bit and go back to 2015, to see the start of Muhyiddin’s end in UMNO. In fact, let’s take a look at that speech’s startling comments that got him in trouble in the first place. When the phonecam starts running, Muhyiddin has already started, although we don’t know for how long. He starts by asking the crowd a question, but because there isn’t an answer, he continues with a joke about the crowd with “muka macam cekodik (cekodoks?). He later repeats this line “You must be intelligent, but also SMA” twice. The pronunciation is very strange. Ros? Malaysia’s party leaders together before GE13 to talk about the possibilities of handover of power. image from Gelombang Rakyat. Not sure when this was taken tho.

This was a question he claims people keep asking him. “Saya tak boleh jawab“. He then jokes about people asking if he’ll jump. “Jangan pulak masuk PAS“, he jokes. These UMNO meets sure seem fun 🙂

He then assures the crowd that he won’t leave the ‘leadership’, that he has nothing to hide except fear of God, and that because of that he had responsibilities that he cannot run away from. “Ambik lembu, pegang tanduk dier tu.” These are some of the cute comments we were talking about earlier, which drew laughter from the crowd. Who do you think the bull is, gaiz? 😉

Finally, he calls out Najib, although not mentioning his name, only as “presiden parti”. He then goes on to say that many people have already voiced out, including “MB” and Zahid who “nak cakap tapi takde masa.”.  He then teases that Zahid will definitely bring it up at the next meeting. More crowd laughter 🙂

He then tempers it by saying he’s not showing his greatness (“kehebatan saya”), or “kebencian kepada pemimpin saya” (!). Halfway through, he starts his tirade about 1MDB. He brings up the shocking RM42 billion figure a few times, with the cameraman even exclaiming… “Fuuuus”. He said that he mentioned this to Najib, that he should sack the guys in the board of 1MDB. At this point, the audience burst out in applause, showing support.

At this point, we hear the audience shouting, “Betul! Betul!”, and another person saying, “Sack the president. Sack the president!” To be honest, we’re not sure who this person is referring to – party president, or 1MDB president. 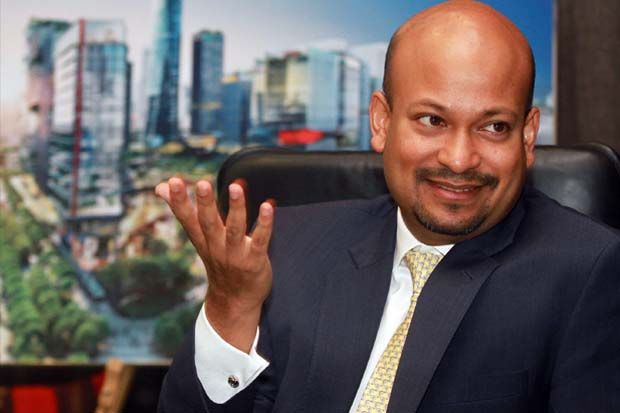 As he was asking for action, Muhyiddin then did this super-cute dance to enhance the point about this “Beban bringing them down”. We wanna call this Muhyiddin’s Beban Dance™. He clearly seemed upset saying if the company were his, he could not imagine waking up to such a debt.

When the video of Muhyiddin’s speech surfaced online, the 1MDB saga was about to peak. At that point in time, the biggest critic of Najib from his own party was Dr Mahathir (WSJ’s expose on it would only happen weeks after this incident). By going against Najib, Muhyiddin found himself ostracised and eventually sacked, along with Mahathir’s son Mukhriz. They eventually teamed up, founded Parti Pribumi Bersatu Malaysia (PPBM), won GE14 together and were seemingly on good terms… well, until recently of course.

Visual representation of Mahathir and Anwar after Muhyiddin became PM

And just like how Najib claimed his blood boiled after seeing Muhyiddin continue to give speeches attacking him, Mahathir now claims that well, he feels betrayed.

“I feel betrayed, mostly by Muhyiddin. He was working on this for a long time, and now he has succeeded.” – Dr M, as quoted by Malaysiakini