Mention the word halal now, and we’re pretty sure two words are going to immediately pop up in your mind:

So unless you’re reading this in the future, this is related to the news that Malaysians may have been consuming kangaroo or horse meat thinking they were ‘halal beef’ for over 40 years(!). Basically, a meat cartel has allegedly been bribing officials from several government agencies to import non-certified meat from other countries, where it’s mixed together with other halal meats before being repackaged with fake halal logos. Worse, some of these meats were poor quality or even from diseased animals. You can never unsee ‘meat cartel’ now. Screenshot from NST

And because halal is involved, the pointy finger of accusation immediately fell on JAKIM, although some parties have pointed out that imported meat is out of JAKIM’s control. So that bring’s us to the point: How does JAKIM ensure which meat from which country is halal? And are all halal logos from different countries valid in Malaysia? After all, isn’t halal… halal?

Ok, let’s start with how…

There were 122 halal certificates across the world. But only 84 are valid in Malaysia Unless you’re familiar with it, most people would think of ‘halal’ as ‘got no pig no dog mean ok’; but in actuality it’s a term used to describe what Muslims can actually do and it covers various aspects in life – the things they eat, drink, do or use. And when it comes to food-making, it involves the whole process  – from the ingredients to slaughtering animals according to Islamic rituals and separating halal from haram ingredients. You can read our previous articles on what halal laws looked like before JAKIM or how JAKIM ensures halal standards for more background.

Part of JAKIM’s job is to ensure that the halal is implemented properly in Malaysia. But here’s the catch. Its jurisdiction is limited to Malaysia only. And in the meat cartel scandal, lawyer M Hafiz Zainol Abidin said this may be why the blame should not be fully placed on JAKIM.

“There is a possibility that the irregularities happened in a stage where the meat was still abroad and have not been imported to Malaysia.” – M Hafiz, as quoted by Sinar Harian.

So, how do they monitor imported meat then?

And there’s another difference – not all of them are a central government agency like JAKIM. Some countries like China have a halal certification body in each province while others like India’s HCB are private companies or associations.

We tried searching for a complete list of HCBs around the world but the only thing we found was how there were a total of 122 HCBs worldwide as of 2014. We’re pretty sure the number has grown since but we weren’t able to find an exact amount for that.

What we found was that only 84 of them are valid and recognised by JAKIM. You can check out the full list here (psst! Don’t forget to check for the halal logos too).

Some of the halal logos that are valid in Malaysia. Img from The Vocket.

But because we’re still curious as to the other HCBs that didn’t cut it in the list, we did a lil digging by Googling it the good ol’ fashioned way. And we found some 50 HCBs from about 18 countries that are not registered with JAKIM. You can check the list we made here.

Wait, does this mean that these HCBs are not legit? Well, not exactly. While these HCBs may be recognised in their own countries, this only means that they cannot export their meat to Malaysia.

And as for the registered HCBs, we can’t help but to wonder how JAKIM ensures that products from them are really, reallllyyyyyyy halal?

NAH, BACA:
[UPDATED: 3rd July 2017] Actually... How much POWER do religious authorities have in M'sia? An example of what an inspection would look like tho this is not made by JAKIM and it’s not overseas. Img from Berita Harian

Besides becoming a halal regulatory body for their own countries, registered HCBs also act as JAKIM’s representative to monitor and verify halal status of meat and meat products produced in their respective countries. And just like hiring an employee to do a job, JAKIM would also require credible HCBs that it would trust to perform these tasks. This may be why the process of registering a HCB under JAKIM is very stringent.

In fact, there is a super long list of criteria that are divided into six parts that HCBs would need to fulfil to be registered under JAKIM. You can read the full version here but, in short… 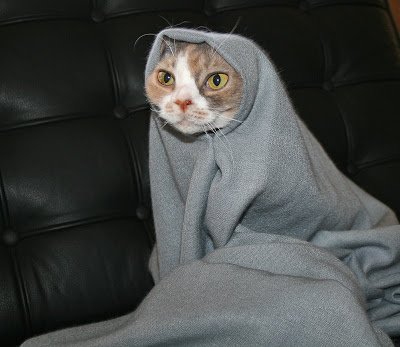 Only HCBs that fulfil this criteria can register as a foreign halal certification body with JAKIM. But before the application is approved, JAKIM would also look into the condition of meat and animal based products certified by these bodies.

This is where the Department of Veterinary Services Malaysia (DVS) comes into the story cos, well, JAKIM is no expert in inspecting the health and food safety aspect. And together, both agencies would actually travel all the way and across the seas to inspect the slaughterhouses and meat processing plants certified by these foreign HCBs. We asked JAKIM how frequent these visits are, but we’re still waiting for a response.

Anyways, HCBs that managed to pass all these stages would be able to export meat and animal based products to Malaysia (yay!) using their respective halal logos. But they have to remember to renew their applications every two years.

The slaughterhouses and meat processing plants certified by them, on the other hand, would be listed by DVS.

According to those defending JAKIM, the problem lies at any point after, where the meat starts to fall under the jurisdiction of Customs, Maqis, KPDNKK (for the fake halal logos), and other authorities – where JAKIM has no control.

Due to this scandal, JAKIM is planning to review the existing process of halal certification, put up a list of licensed meat importers (although there’s no update on this so far), and work with other govt agencies to come up with a series of initiatives to solve the meat cartel issue.

Bad news – a lot of our meat may be cross-contaminated, halal or not Doesn’t it taste like… beef? Unedited image from Buzzfeed

So let’s start off with some good news… The allegations that kangaroo and horse meat were mixed together with other halal beef was said to be untrue (at the time of writing) by Deputy Domestic Trade and Consumer Affairs Minister Datuk Rosol Wahid:

“The negative results from the Chemistry Department is a relief to us all.” – Rosol, as quoted by The Star.

Now for the kinda bad news.

Back in 2015, a group of researchers from Universiti Sains Malaysia tested a bunch of prepacked or processed beef and chicken meat products, and found that 78% either didn’t contain the meat that was on the label, or had traces of other meats.

As dramatic as this sounds, the mislabeled meat involves labels on processed foods saying that the meat is beef when it is in fact… buffalo. Yup, while there is nothing wrong with eating buffalo meat, you might start feeling a little conned when you’re paying more for a “100% beef salami” and getting a cheaper beef substitute.

While this doesn’t pose any danger to the Muslim community yet (cos no pork no dog traces), it may be a concern for practicing Hindus and Buddhists. The researchers added that if no immediate actions are taken, then it would be a concerning issue for Malaysians, in general, too. You can read their full paper here, shared with permission.