[This article was originally written in BM. Click here to read]

Remember when Malaysia sent Sheikh Muszaphar to space in 2007 on board the Russian-made Soyuz TMA-II rocket? Well, looks like someone else is taking it up a notch… with a Malaysian-made rocket!

But there’s one key difference between the former and the latter; this Malaysian rocket is NOT FUNDED BY THE MALAYSIAN GOVT. Instead, it is privately-funded, mostly by the aerospace company making it: Independence-X Aerospace Sdn Bhd (IDXA).

Over a month ago, the aerospace engineer behind this, 37-year-old Izmir Yamin (whom we’ve written about in 2016) introduced on Facebook his space rocket named Dedicated Nano Launch Vehicle (DNLV). His company’s name sounds similar to his first few amateur rockets Independence-1, -2 and -3, which he made using the most basic kedai runcit items (and later on, propellant) during his college days in the early 2000s. Fast forward to the late 2010s, he and his team have come a long way to build an actual rocket that many wouldn’t have expected to materialise on our soil.

Alright, so this whole fancy idea of the DNLV prototype actually came from the idea to upgrade the functions and tech in the Soyuz rocket that carried Sheikh Muszaphar to space over a decade ago. 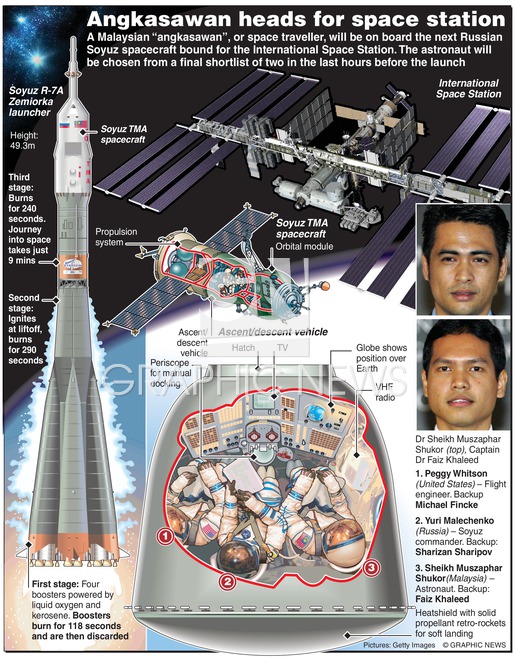 Powered by liquid oxygen and kerosene, this rocket can be launched into space at 500km orbit, carrying small satellites (with a maximum weight of 200kg).

According to Izmir Yamin’s Facebook post, the DNLV has been listed in Northrop Grumman and Orbital ATK (US top military and space contractors) and was also one of the few Southeast Asian projects to be featured in the NASA Small Spacecraft Technology: State of the Art Report in 2015. In preparation for its first test orbital flight in 2021 and commercialisation from 2023 onwards, IDXA has filed for a US Patent. Izmir, the guy leading the mission. Image from Rojak Daily.

Whoa! How did this Malaysian rocket become so famous overseas? A few years ago, IDXA put Malaysia on the world map by being the only Southeast Asian team to join the Google Lunar XPRIZE mission, a global competition to search for the most effective low-cost methods of robotic space exploration.

“This competition is a stepping stone for us to commercialise on the skills and product created. Within a short time we managed to learn various techniques in mastering rocket production technology and we are confident we will overcome all challenges.” – said Izmir.

The sky is no longer the limit for Malaysia

Established in 2013, IDXA is expected to use its expertise to make Malaysia  an aerospace hub, which includes the building of both aircraft and spacecraft. This was later followed by the launching of the Second Malaysia Aerospace Industry Blueprint 2030, aimed at making Malaysia a catalyst for the aerospace industry by 2030.

Our flying roti canai industry however is already up and running. GIF from Says

This plan could hopefully generate an annual revenue of RM 55.2 billion and provide over 32,000 job opportunities. Since it’s seen as helpful for the country’s development, the plan has been placed in the hands of the National Aerospace Industry Coordinating Office (NAICO) under the Ministry of International Trade and Industry (MITI).

Under this blueprint is also a plan to send a second Malaysian astronaut to space in 2030, which might be possible because there are students who are jumping on the bandwagon (or ship) to build and launch satellites into space, contrary to the worries of Malaysia’s first astrophysicist Dr Mazlan Othman about an aerospace brain drain. 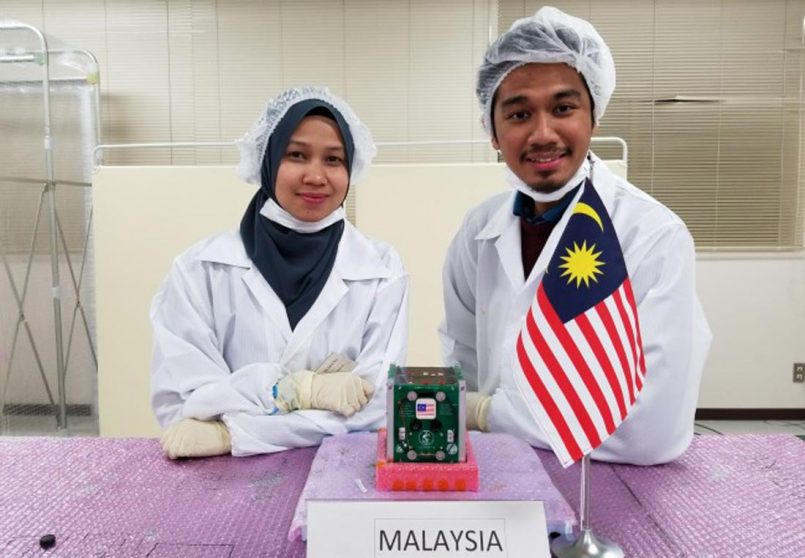 The students Syazana and Muhammad Hasif, with their cube satellite, UiTMSAT-1. Could they be chosen as the next angkasawans? Image from Amanz.my.

Seeing that Malaysia does have what it takes to take off to space, could we be bringing our durian seeds, teh tarik and chilli sauce to the stars, instead of just wishing upon a star?