Just like how your aunt’s an endless trove of gossip about people you don’t know, politics in Malaysia just won’t stop juicing out drama. The latest piece of such a drama would be when the Perak MB Faizal Azumu got ousted from his position through a no-confidence vote. 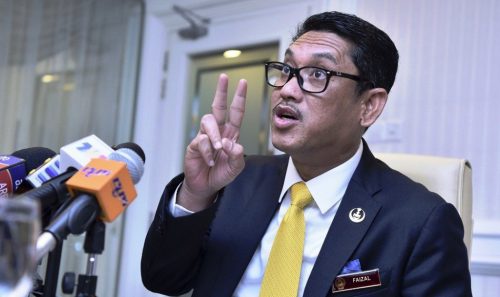 How does a no-confidence vote work? We’ve actually written an article about it before, but let’s TLDR the whole thing here:

And in Perak’s case, it turns out that Faizal only received 10 votes in favor of him, while 48 voted against him, out of 59 members of the Perak state assembly. As such, he’s promptly ousted from his seat and is expected to hand over his power to someone else, though we’re not sure who yet.

But this whole fiasco didn’t exactly make history, as there have actually been three other times when an MB has been ousted from his seat in the history of Malaysia. So who are they? Let us start with… 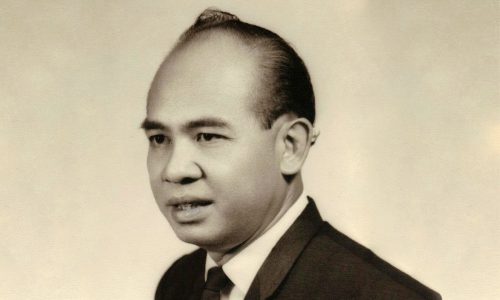 Born in 1920, Stephen Kalong Ningkan was said to be a natural politician who entered politics when he formed the Sarawak National Party (SNAP) in 1961. He allegedly opposed the formation of Malaysia in the beginning, but eventually supported it once he realized the benefits of it.

Hence, when Malaysia came about in 1963, Ningkan won enough votes for him to become the first ever MB of Sarawak, but his tenure didn’t last long. While it’s said that he didn’t have a good relationship with either the federal or state governments, it was apparently a land reform law to give indigenous people land rights that proved to be the straw that broke the camel’s back, as the Islam-based parties in the state government felt that it would be disadvantageous for the Bumiputra community.

As such, in June 1966, 21 members of the Sarawak state assembly petitioned to the governor, claiming that they’d lost confidence in Ningkan’s leadership. This prompted the then-Prime Minister Tunku Abdul Rahman to demand for Ningkan’s resignation.

Subsequently, without a formal motion of no-confidence, the governor straight up declared that Ningkan was no longer MB and appointed a fella called Tawi Sli as the new MB in the same month. But Tawi Sli only got to be MB for three months before the Kuching High Court reinstated Ningkan as MB in September 1966.

You’d think that’d be the end of the story, but no, because the federal government apparently disliked Ningkan so much that it…declared a state of emergency in Sarawak, citing irreconcilable differences between the federal and state governments.

And while Sarawak was in a state of emergency, the state assembly went about the formal way and voted on a motion of no-confidence against Ningkan. And well, with 25 votes of no-confidence, Ningkan was officially divorced from his MB post due to…irreconcilable differences. Only ten years after Ningkan’s removal, the same thing happened to Harun Idris, who was the Selangor MB from 1964 to 1976. One can say that he got a taste of politics when he joined the Malayan Peoples’ Anti-Japanese Army (MPAJA) to fight the Japanese occupation in the 1940s.

Following that, he moved on to join UMNO in 1949, holding a series of positions like a lawyer and legal advisor, before getting elected as Selangor MB in 1964. Some notable politicians in Malaysia such as Abdullah Badawi and Khalil Yaakob pointed out that Harun was largely responsible for the urbanization of Selangor and enacting a number of state laws.

For whatever reason, Harun was tempted by the dark side of the Force, because apparently, he was involved in a number of corruption cases that proved to be his downfall.

NAH, BACA:
Since Bersatu left Pakatan, at least one state government has changed hands so far.

See, there was a time when late boxer Muhammad Ali actually had a wrestling competition right here in Malaysia in 1975. That competition actually came about because Harun had allegedly lied to a bank for letters of credit to convince Tinju Dunia Sdn Bhd to hold it here. As a result, the bank apparently made more loss than profits from the competition, opening up a whole jar of worms that implicated Harun in a slew of corruption cases.

Due to the mountain of corruption charges against him, the state assembly of Selangor filed a motion of no-confidence against Harun and voted him out of office, resulting in his ousting.

In 1977, Harun was convicted and sentenced to six years of imprisonment for his actions. However, before he could complete his six-year jail term, he was given a royal pardon in 1982, and eventually passed away at 79 in 2003. 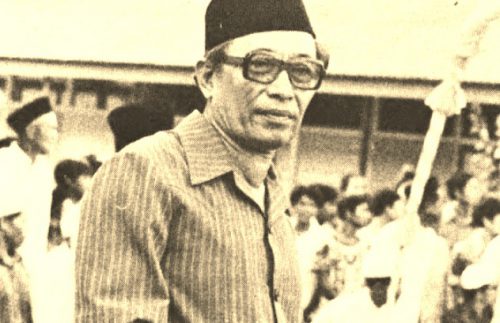 It’s perhaps general knowledge by now that Kelantan has always been a PAS stronghold, and part of it can be attributed to Mohamed Nasir, who was a true Kelantan boy and one of the strongmen of the party back in the 1970s. A man who had held quite a few jobs in government departments in his days, no one could tell when exactly he joined PAS as there was no official documents, but he was said to have joined PAS in an official capacity in 1958,

And only one year after that, Mohamed managed to attain the role of deputy MB and held on to it for two terms. Once PAS and other parties held hands with UMNO and formed BN, Mohamed ran under a BN ticket, getting himself promoted to MB in 1974, a position he held until 1978.

But in that time, cracks began to form within the coalition, because UMNO had apparently pushed for Mohamed as the MB candidate, instead of PAS’ original candidate. What made things worse was when Mohamed also started doing things like calling for investigations on PAS members for corruption and canceling contracts that could benefit PAS. All these things naturally accumulated a sense of resentment among members of his own party.

They tabled a motion of no-confidence against him, wherein all 13 PAS members voted for it while state assemblymen from other parties walked out from the hall in protest. Instead of resigning, Mohamed urged the Yang di-Pertuan Agong (YDPA) at the time to dissolve the state assembly for a snap election, but then the YDPA refused. In response, Mohamed’s supporters took to the streets to demonstrate their support. The riots got so bad that the YDPA had to declare a state of emergency in Kelantan, imposing curfews and the like on the citizens to maintain the peace. From there, an emergency bill was passed to allow the federal government to take control of Kelantan until a snap election can happen. PAS was expelled from BN all together.

Despite his refusal to resign, Mohamed didn’t get to remain as MB as UMNO won the 1978 snap election in Kelantan. He eventually quit PAS and founded his own party, the Pan-Malaysian Islamic Front (BARJASA).

MBs can be removed for a variety of reasons

Based on the cases we’ve outlined above, you can tell that an MB can be removed for a multitude of reasons, either because they’re doing good things or bad things. Generally, it’s the members of the state government who decide whether the MB’s good or bad.

Faizal is the first MB in 20 years who’s been removed from office through a no-confidence vote since Mohamed, and the reasons given for his removal included…

There’s really no certainty as to whether other states in Malaysia will do the same thing following Faizal’s removal, certainly not with the current stage where Malaysian politicians and parties seem to coming in and out like a revolving door. Let’s just hope that we won’t need to update this article anytime soon and we can focus on more important things. You know, like the pandemic.