[UPDATE: 9/4/19] The current investigations that has been ongoing since January has recently revealed that a top executive and three deputies of the fund have allegedly been receiving an increment of salary and bonuses by millions of ringgits. It was reported that the individual bonus allegedly received by the executive increased from RM191,000 in 2016 to RM616,000 in 2017! That’s three times increment wei. [END OF UPDATE]

There are a number of scandals popping out this year like the scandal involving former Transport Minister, Liow Tiong Lai and EPF. But just a few days back, another scandal appeared and this time around it involved an agency under the Human Resources Ministry. The agency, Human Resources Development Fund (HRDF), was reportedly involved in a possible mishandling of a multi-MILLION ringgit property acquisition.

The scandal was being investigated by Bukit Aman Commercial Crimes Investigation Department before it was being referred to the Malaysia Anti-Corruption Commission (MACC). Buttttt how did it start in the first place la??

Before we go deeper into this scandal, let’s just look at what HRDF is… cos we know some of ugaiz may be scratching your heads as you try to figure out wadaheck that is.

As we mentioned earlier, HRDF is an agency under the Human Resources Ministry that is suppose to manage a fund (uh… that is pretty obvious, right?) for employers to train their employees. However, HRDF has recently become a one-stop centre for providing human capital development solutions to registered employers. It also helps Small, Medium Enterprises in Malaysia. When was the last time y’all went for a job training? Img from Safetyware EHS Consultancy

Employers who are registered under HRDF would need to pay a certain percentage of their basic salaries and fixed allowances to the HDRF levy monthly. The percentage deducted from their salaries depends on several criteria:

This levy would help them train their employees under HRDF’s training schemes at a cheaper price. And such training may be vital for employees to increase the rate of employability and help employers to obtain trained workers lor. Employers could claim 70% of the levy to use it for training. Woah, wait. What happened to the other 30%?!

It was reported that the remaining 30% from the levy was held by HRDF for common use… something like a pool fund la. According to the Federation of Malaysian Manufacturers (FMM), this would mean that unregistered companies would also have to contribute to this fund but can’t enjoy the benefits of HRDF. FMM objected this move, which was initiated in 2016 during the BN era btw, as it was deemed unfair.

However, we found out that the 30% levy has been discontinued as of November 15 last year. The Human Resources Minister, M Kulasegaran stated that the remaining funds from the 30% levy would be channeled to human capital initiatives but, at the time of writing, he hasn’t announced what this initiative is all about yet.

The change of gomen didn’t only cause a change in the ministry but HRDF too. Just days before the scandal resurfaced (more on this later), Datuk Noor Farida Mohd Ariffin, who used to be the Ambassador of Malaysia to Netherlands was appointed as the new chairperson. 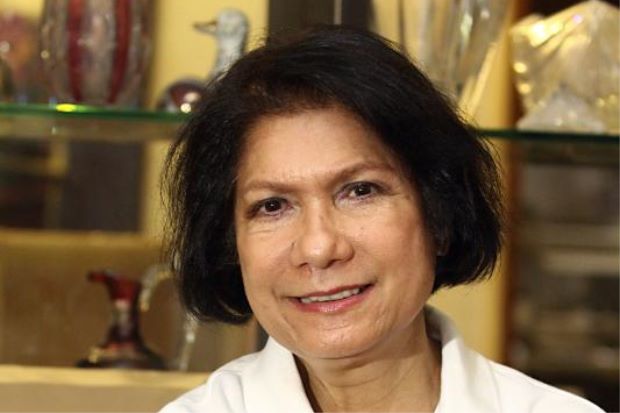 With Noor Farida as the new chairperson, HRDF vowed to expose wrongdoers who are involved in this scandal. And we actually found out that this scandal has been making the headlines since… last year!

Senior managers treated the agency like their personal ‘piggy bank’

This scandal became huge after a video featuring a certain Datuk Sri Ganes who happens to be the CEO of The SG Education (uh no, nothing to do with Singapore), a parent company of several private skill colleges, went viral. In that video, Datuk Sri Ganes questioned the allocation of funds under HRDF. Here’s the viral video uploaded by Darren Suresh on YouTube:

Assuming ugaiz have seen the video…

After making his claims at the townhall, Datuk Sri Ganes then brought the evidence to support his claims on HRDF funds (RM100 million, which is a third of the fund!) which was allegedly misappropriated by the board member to MACC for further investigation. But that’s not all.

It was reported that several management staff were paid with high salaries and bonuses. Wah, so syok ah! However, most staff weren’t able to report this wrongdoing cos they were reportedly threatened to be quiet. It was reported that the senior managers used tactics such as poor appraisals and internal audits to get the staff to hush hush about the topic.

But while Datuk Sri Ganes was being interviewed by the press during his visit to the MACC… something unexpected happened. 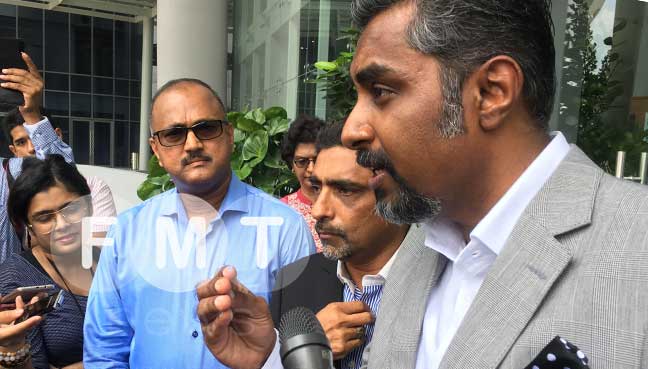 According to a video of the interview by FMT, the Malaysian Training Providers Association (MATPA) founder and president, RA Thiagaraja suddenly appeared. He was there to deny that the allegations presented by Datuk Sri Ganes has anything to do with his association. It was reported that Thiagaraja was a former board member of HRDF and had resigned cos he felt disturbed by the allegations.

“I am a man of integrity and these allegations are not right, which is why I resigned.” – Thiagaraja told The Star.

But Thiagaraja wasn’t the only one who resigned. Dun dun DUNNNN!

Since the Pakatan gomen took over, three directors have resigned (voluntarily) including a key figure implicated in this scandal. But this is just the start la.

The agency bought a building WITHOUT informing the higher-ups!

Unlike its original function, M Kulasegaran mentioned that HRDF staff and management personnel has been running this agency as tho it was their own company. This can be seen when HRDF purchased six floors of a building in Bangsar South (yea, that huge scandal revealed a few days back) for RM154 million. This is NOT the building in Bangsar South but Wisma HRDF in Bukit Damansara. Img from The Star

But HRDF didn’t make this purchase by paying one lump-sum la. It had first paid RM40 million in eight stages. And just like how we quietly do things without informing our parents to avoid their wrath, HRDF did something similar by purchasing the building WITHOUT informing the board of directors (and investment panel).

HRDF had only informed the board of directors and investment panel after making the first payment (worth RM15.4 million). But since things were already done, the investment panel declared that the purchase made was an investment for HRDF use la.

Oh, that’s not all. Just like any business, HRDF actually profited from the property it purchased… which is something HRDF may not supposed to be doing la since it isn’t really a business entity. It was reported that the investment panel decided to rent out one of the floors, five months after paying the full amount of the property. HRDF reportedly profited RM115,168 monthly.

While HRDF’s actions to purchase this building doesn’t seem like an issue to some, the personnel who did this had misused the fund in the name of training to buy this property. In addition, it is actually illegal to do so since it was reported that it goes against the Human Resources Development Act 2001.

And that’s not the only building purchased by HRDF. It was reported that HRDF had purchased another building in Bangsar South for RM141 million.

So, with all these scandals going on, M Kulasegaran stated that… As mentioned in the intro, the MACC is investigating the matter and, at the time of writing, it was reported that police raided HRDF’s main office.

But the Human Resources Ministry has been making its own move in ensuring that history isn’t repeated. A committee of five panels were formed called the Governance Oversight Committee to ensure that HRDF’s modus operandi is transparent. It consists of:

“The committee will have access to company records, the people working here and even the public.” – M Kulasegaran told The Star.

Besides the committee, it was reported that most of the members of HRDF are new, including the auditors have been appointed. However, despite the revamp in HRDF, some people are pretty skeptical of the new gomen la as they fear that the gomen might make similar mistakes the previous gomen made. But only time will tell us how effective HRDF and the Governance Oversight Committee would be.