*Note: The image of Jamie Parker used above is actually from Bersih 3.0, by The New Edge. Bersih 5 may have come and gone, but even three days after the yellow tide has receded into the sea of open democracy, Bersih-related news are still hitting our local headlines in terms of reports of the crowd numbers, racial demographics of the protestors, a girl who kena fitnah for making a racist comment, Maria Chin Abdullah’s SOSMA arrest, and even Jamal Yunos wanting to do a Bersih 7.

However we came across a really weird Bersih-related issue that hasn’t really been covered by the English-language media other than one NST report we found, but has been making it’s rounds in the BM news and blogs. Even weirder, the person involved is actually 4000+ kilometers away in Sydney, Australia.

It involves a speech made by Jamie Parker, An Australian MP from the Australian Greens – a political party focused on issues on the environment and social justice – which was partially recorded during the Bersih 5 rally in Sydney (Fyi, Malaysians across the world have organized Bersih rallies in their current countries). Some of the choice quotes were when he says that Trump took lessons from some of Malaysia’s ministers, that 1MDB money ended up in the Prime Minister’s bank account, and that corruption is happening in Malaysia “on an industrial scale”. You can watch the video here:

But what’s more interesting than the video or Jamie’s speech itself, is the response the video got:

Jamie Parker is accused of being part of Agenda …. LGBT??!

One of the many reasons given to not support Bersih is the notion that it’s being funded by Jewish agents like George Soros to destabilize the country and the Malaysian government – something commonly referred to as Agenda Yahudi.

However, it now seems that Agenda Yahudi isn’t the only conspiracy theory that will bring this country to its knees since there’s also Agenda LGBT, or Lesbian, Gay Bisexual, & Trangender if you’re not up on your politically correct terminology. We don’t know if one is scarier than the other, but we can assume some cisgendered (straight) persons would find Agenda LGBT the scarier option when down on one’s knees. ( ͡° ͜ʖ ͡°)

We’re also not entirely sure how Agenda LGBT is supposed to undermine the country, but according to this article by Utusan Malaysia, the fight for gay rights in Muslim countries was started by Israel as a way to distract Muslims from what’s happening in Palestine, as well as a way to make these countries appear “undemocratic”when they don’t. And speaking of Utusan Malaysia, they also reported on Jamie Parker’s Bersih speech:

Some other sites also highlighted the “Gay” aspect…

So hey, looks like the next thing to do here is to discuss Jamie’s sexuality – not that it should be of anyone’s concern but since we’re already down this path, why not, right?

Is Jamie actually gay? (Does it even matter?)

A Google search didn’t give any straight (haha) answers, but we managed to find an article where Jamie spoke up against “Ex-gay therapy,” which is treatment that supposedly “cures” people of being gay. We also found a collection of polls about him, like how hot he is, if he uses drugs, and if he’s gay or not: Okla by the percentages, it seems this poll was taken by like 4 people

But the most direct answer probably comes from Jamie himself, who was queeried about his sexuality on Twitter:

We’re not sure if the gay accusations stemmed from Jamie’s support of LGBT issues (because straight people obviously won’t support them, right? #shade) but again, why should his sexuality matter? We think it’d be worth pointing out that one of Australia’s Senators (and former minister) is Malaysian-born Penny Wong, who’s openly lesbian. You can check out her long list of achievements here.

On a less interesting but perhaps more relevant note, some Malaysians also scolded Jamie for butting his nose into Malaysian affairs, which you can check out on his Twitter feed:

We should also note that Jamie also delivered a speech at Bersih 3.0 back in 2012. It also turns out that Jamie isn’t the first Australian politician to comment on Malaysian affairs and, while the backlash he got from it was weird, it definitely wasn’t the worst.

NAH, BACA:
5 pieces of news that kinda ruined Merdeka for us

Many Aussie politicians have commented on Malaysian affairs over the years Nick Xenophon and Anwar Ibrahim. Image from The Guardian.

Back in 2013, a delegation of Australian MPs arrived at LCCT on unofficial parliamentary business related to Malaysia’s election system. One of them, Senator Nick Xenophon ended up being detained for about 16 hours before being deported on grounds that he had been blacklisted for participating in Bersih 3 (in KL, where he also kena teargas). This triggered a diplomatic incident with Australia, with their Foreign Minister demanding Nick Xenophon’s immediate release and an explanation from the gomen. 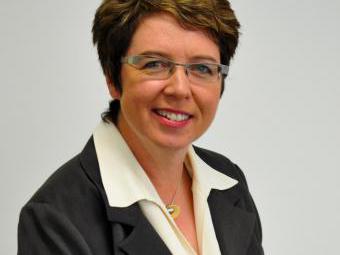 There were also several other instances where Australian politicians have voiced their disagreement over Malaysian issues, such as the 50 MPs who lodged a formal complaint over Anwar Ibrahim’s second sodomy trial, which drew protests outside the Australian embassy in Malaysia asking them to mind their own business. Another incident was when MP Lynn MacLaren tried to get the Australian government to stop sending radioactive waste to the Lynas plant in Kuantan.

However, some of the most serious incidents actually happened during Mahathir’s Prime Ministership in the late 80’s and early 90’s, with incidents such as the hanging of two Australians for drug offences and an open letter from 105 Australian MPs criticizing Mahathir over his liberal use of the ISA. This, plus more drama that you can read about here, here, and here, deteriorated diplomatic relations between our two countries to the point where the government stopped including Australia in some regional discussions, stopped official visits, and considered implementing a “Buy Australian Last” trade policy. In a strange turn of events, it’s now Dr. Mahathir who’s asking for foreign intervention to oust PM Najib and questioned the Australian government’s silence over 1MDB.

So why are these Aussie fellas so fond of jaga tepi kain orang? Why can’t they just leave us alone???!

Actually, politicians commenting about other countries is quite common la It’s not just the Australians who are talking about our domestic affairs. At the recent APEC summit in Peru, Obama delivered a speech that seems to jab at something really familiar:

“We all have responsibilities — every nation — in respecting the dignity and worth of their citizens.  And America can’t do it all for everybody else.  There are limits to our reach into other countries if they’re determined to oppress their people, or not provide girls education, or siphon off development funds into Swiss bank accounts because they’re corrupt.  We’re not going to be able to handle every problem.” – Obama’s Press Conference speech, quoted from the Office of the Press Secretary transcript

There’s some debate as to whether or not Obama was referring to anyone in particular, but Mahathir claims that it refers to PM Najib while Communications minister Salleh Said Keruak claims it might be referring to Mahathir instead.

But if you want something more obvious, here’s what a spokeswoman for the US state department said about Maria Chin’s SOSMA arrest:

“We are troubled by the ongoing detention and solitary confinement of Maria Chin Abdullah under national security laws … The United States remains committed to the strong and growing partnership we have with Malaysia. In the spirit of that partnership, US officials routinely and strongly voice our concerns about the rule of law, human rights, and fundamental freedoms with the government of Malaysia, and we will continue to do so.” – Alicia Edwards, a quoted by The Guardian.

Because Malaysia maintains diplomatic and trading ties with foreign governments and being part of a wide array of international organizations like the UN and NATO, we become subject to international scrutiny; not to mention how some of our internal affairs may affect other countries as the recent multi-country 1MDB money trail has shown – with the investigation stretching to Singapore, the US, Switzerland, and…. Australia. Also, a report recently surfaced that 43% of refugees trying to seek asylum in Australia are Malaysians who claim to be threatened by “political instability, ethnic tensions and rising Islamic fundamentalism.”

And this works both ways too, since Malaysian politicians have also voiced their opinions on what other countries are doing, such as PM Najib’s criticism of “Israeli aggression” at a UN conference last year.

So while this (hopefully) explains why foreign politicians get their nosy noses into Malaysian affairs, we’re still at a loss for an explanation on why (Agenda) LGBT was a focus of criticism against Jamie Parker’s Bersih speech. Bersih claims to be open to all Malaysians and supporters of fair elections and whatnot regardless of race, beliefs, political allegiances, or lifestyles so it would be pretty natural to presume that people from the LGBT community would be there as well. Perhaps the answer to that question may lie somewhere… over the rainbow  😉

Picture taken by this writer at Bersih 5.