These past few days, your news feeds would have been flooded with videos of hail that fell all over KL. During the freak storm on 3 June, trees fell on cars, and the roofs of an office and petrol station caved in. Here’s a flashback of some of the worst damages seen: Images from Malaysiakini and TRP

OUCH! We feel bad for the poor car owners, especially knowing how Malaysians pour a lot of their finances into buying a car. 🙁 So for natural disasters, can car and property owners claim from insurance? We’ll be looking at what car and home insurance covers in this article.

We spoke to a marketing representative from Allianz, our latest client, to understand which insurance policies are most commonly bought.

As anyone who has bought a car knows, car insurance is compulsory in Malaysia and driving without them can result in severe penalties. Standard car insurance policies DO NOT cover natural disasters, according to RinggitPlus. There are three types of car insurance, namely:

RinggitPlus advised buying Comprehensive Covers, especially if you own an expensive car – a market value of more than RM30,000 would fit just nicely in this category. Comprehensive is already the most popular choice among buyers, reportedly. But as you can see, NONE of the above cover natural disasters. For that you need to add-on or upgrade your plan.

Thankfully, RinggitPlus has a list of insurances so we went through them one by one. ALL the brands on the list offer Special Perils as an ADD-ON (except for Kurnia, Pacific Insurance, and Pacific & Orient). So we just looked at three la – Allianz, AIG and Lonpac – to see what type of natural disaster they specifically cover. All three policies state – flood, typhoon, hurricane, storm, volcanic eruption, earthquake, landslide, subsidence or sinking of the soil/earth or other convulsion of nature.

According to Allianz, the premium to add on to basic motor insurance annually is 0.5% of the car sum insured. For instance, a sum insured amount of RM80,000 would cost RM400 per annum. Also, take note that there are different policies for private vehicles, as well as commercial vehicles. The ones we checked out were private.

So YESSSS! It can cover hail and trees smashing into cars due to natural disaster if you’re willing to pay the premium! Just so you know, if your vehicle is damaged during a thunderstorm and you have this special peril coverage, you will be claiming it under Own Damage (OD), it DOES affect your No Claim Discount (NCD).

In the event a car owner doesn’t have this coverage, RenewInsurance recommended that they try seeking compensation from local councils if they can prove negligence on their part for not pruning the trees. Good luck with THIS one though, coz there’s no guarantee you will succeed getting the claims and in any case, you will have to fork out the repair money first. Ok coolness, what about the houses though? We’ll be looking at private property for home insurance. You’ll be glad to know that it covers natural disasters too, and considering your home is probably one of the most expensive things you would buy ever, it’s only common sense that you’d wanna protect your assets.

Same as car insurance, there are three main policies: 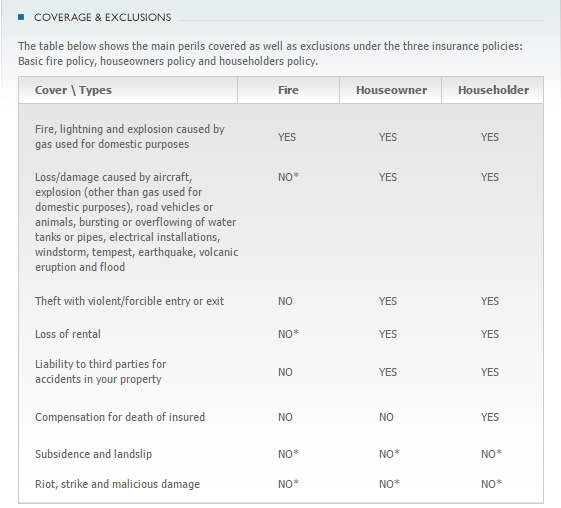 As you can see, the houseowner and householder policies do cover some natural disasters. BUUUT not all kinds of disasters, eg. subsidence and landslips are not covered (unless you pay extra premium). Subsidence is the gradual caving in or sinking of land, while landslip is the same as landslide. In case you’re wondering, three houses in Ipoh caved into a sinkhole before, though that was the only time we heard something like that. You might remember that the bigger disaster, Highland Towers, was caused by a landslide. So we’ll just show a few examples like we did with car insurance, starting with Great Eastern. It covers lightning, thunderbolt, hurricane, cyclone, typhoon, windstorm, earthquake, volcanic eruption, and flood, however, NOT subsidence or landslip. Same goes for Allianz, eTiQa Insurance, and Tokio Marine.

Initially we thought that with the erratic weather and all, natural disaster premiums might have increased, but Allianz told us that the rate still remains for now.

“Not many policyholders add on natural disasters. They usually buy fire policy then add on RSMD (Riot, Strike and Malicious Damage) and/or flood and/or bursting of water pipes.” – marketing rep from Allianz to CILISOS.MY

When it comes to home insurance though, you really gotta read the fine print. There might be a lot of things not insured depending on what disaster struck, such as gates and fences cannot be claimed if the cause was a hurricane; wallpaper, hand mirrors and medals also not insured (by that we mean your Olahragawan 2009 medal). Not every insurance is the same.

These are just a few examples we found, of course you might wanna do your own further research. If you’re unsure about your current policy or planning to buy one, it’s better to check with your insurance agent, especially if you live in flood prone areas since La Nina (the rainy season that comes after El Nino) is expected to hit the country early November and last for up to 12 months.

UPDATE [7 June 2016]: So what is the take-away from this insurance biznus?

To understand insurance, we need to understand two key terms. We got this from National Public Radio’s podcast.

Correlated risk – It’s when many losses happen in a single event, like natural disasters. An insurer will face this problem if it has many eggs in one basket, such as providing flood coverage to say Kelantan, or other flood prone places.

Why do they do this? Coz insurance companies still need to make money at the end of the day mah. It’s not necessarily a bad thing though, because you still benefit from them if something happens to your house. Give and take la. Insurance companies in Malaysia seem like they have extensive coverage, but it’s always better to ask your agent A LOT OF questions before deciding. Which brings us to the next point…

Actually right… what are the chances that you’ll kena this?

Dat feeling when your wallet is almost empty after gaji just came in because you have to pay your bills… we can all relate. Insurance is probably one of the major things we’re paying for. So, is it really worth buying insurance in the first place? What if nothing ever happens to your car and house? But OMG, what if something does happen?

Image from Phaggitron on imgur.com

If you were thinking hail was a one-off, freak weather phenomenon in Malaysia, you might wanna think again. January this year it hailed in KL and Shah Alam and we wrote about it. We found instances of hail several times before and it’s not that shocking for it to hail in our tropical climate. Apparently even the smaller versions of tornadoes are considered the norm now.

TBH, we cannot even bet on the odds nowadays because the weather is so erratic…and it’s gonna get a lot WORSE! Firstly, let’s recap what our friend at the Metereorological Department previously told us:

“There is definitely a change in our climate, especially in a long-term comparison. If you compare the last 10 years, temperatures have gone up. When temperatures go up, updrafts increase and this causes thunderstorms to become more severe.” – Saw Bun Liong, Director of Commercial and Corporate Services, Met Dept Image from Climate Prediction and Information for Decision Making in Malaysia

YEP, temperatures have definitely gone up as we can see from this chart.

So we’re gonna agree with what RinggitPlus advised – it’s important that you insure your vehicle according to its CURRENT VALUE, whether its at the purchase price for a new car, or the current market value for a used car. Avoid under-insurance where you can only claim partially what you lost. Or worse, over-insurance, where you waste money when the maximum you can claim is only as much as the market value.

As for home insurance, iMoney suggests this best practice – insure based on the COST to replace your home instead of current market value (opposite of car insurance). Make sure you include the cost of renovations and enhancements! The point is to be able cover the cost of rebuilding your house if anything happens.

Perhaps the best thing to do is to buy the BEST package for YOU! In the end it’s the same as with everything else, it’s how you want to balance between the risks and rewards. 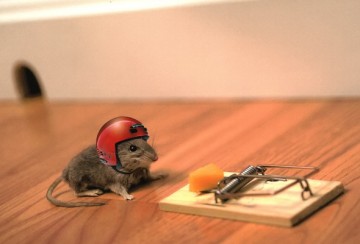