We’ve been covering a lot about Sarawak lately about their state election (see here and here), but now that the election is over and done, you’d think that we won’t be talking about the state for a while. Actually we are not quite done yet. In fact, just before the state election campaign kicked off something else happened there that kinda escaped our attention… In December last year, a 41 year old Bidayuh Muslim by the name of Azmi Mohamad Azam @ Roneey asked the civil court in Sarawak to be recognised as a Christian. Also, it should be noted that no pictures of Roneey have been made public, but there’s one of his lawyer and sister in this article by The Borneo Post.

But back to his case, Roneey asked the civil court for three things:

Most of us have the general idea that it’s pretty hard to convert out of Islam in Malaysia, but when the Kuching High Court made its decision in March this year, it ruled that Roneey had the right to leave Islam and become a Christian!

Yep, you read that right. A Muslim man has legally been allowed to convert to Christianity by the civil courts.

The first thing we’ll note is that this article is gonna be looking at conversion from a LEGAL standpoint (i.e, being legally recognised as a non-Muslim), so that’s why the courts are involved. Due to our dual justice system of having both a civil law (that affects everyone) and Shariah law (that affects Muslims), it’s pretty important for a person who no longer identifies as a Muslim to change their legal status – most obviously by removing the “Islam” on their IC – in order to not get in trouble with the religious authorities, among other things. The whole process is very technical and complicated as it is. So what we are telling you here is an oversimplified version of how it’s actually legally possible to leave Islam. To put it simply, you need 2 things to change your status from a Muslim to a non-Muslim:

At least that’s what you need in theory, because it’s actually easier said than done. 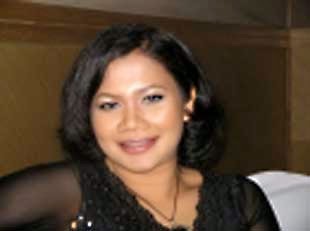 Lina Joy, a Malay-Muslim who tried to be legally recognised as a Christian. Image from QasyahfulMalayWorld.

This is mostly down to a couple of reasons, the first being that renouncing Islam (apostasy) is a punishable offence in Malaysia under Syariah law, with the punishment ranging from detainment to a possible death sentence, depending on which state you live in.

This is why most conversion cases (here’s an example) try to avoid the Syariah court by going through the civil courts instead.

But this method will most likely not work for the second reason: the NRD needs permission from the Syariah court before you can get them to remove Islam from your IC. While the civil court has the power to give the same permission, they won’t.  This is due to a Federal Court ruling in 1999 where the civil courts decided it will not interfere with faith-related cases that falls under the jurisdiction of the Syariah court.

This is what ultimately stopped that other famous Muslim-Christian convert case; Lina Joy from being legally recognised as a Christian, and the effects of the ruling made by the Federal Court on her case are still felt to this day.

So how did Roneey do it?

So now that we know how it works, what’s different with Roneey’s case then?

But that’s only half the battle won, because he still needed the Syariah court to tell the NRD to change his religion, which is the heart of the argument for his case. And this is where things get interesting.

When the High Court was deciding whether the NRD needed a Syariah court order to change Roneey’s religion, the judge’s decision was ultimately… 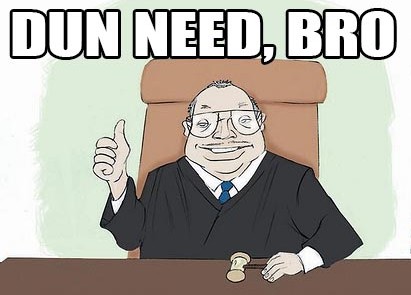 “He does not need a Syariah Court order to release him from Islam because freedom of religion is his constitutional right and only he can exercise that right,” – Justice Datuk Yew Jen Kie, quoted in The Star.

That constitutional right she is referring to is Article 11 of the Federal Constitution which gives us our freedom to practice whatever religion we want (for non-Muslims, at least).

We couldn’t find the exact judgment of the judge as of time of writing (UPDATE: Thanks to reader Timothy Lim, we have the judgment here), but the judge reasoned that the Syariah court does not need to be involved because Roneey’s status as a Muslim is irrelevant compared to his rights to choose his new religion.

Why is it irrelevant? Because of one surprising factor:

He was converted as a minor.

Huh? How does that make a difference? This would have been an entirely different story if Roneey was born a Muslim (UPDATE: this was also confirmed in the judge’s ruling that it would not be possible to leave Islam if he was born a Muslim), but according to the facts of the case, Roneey Rebit was actually born a Christian in 1975. After his parents converted to Islam when he was 8 years old, his religion was changed to follow suit under the Guardianship of Infants Act since he was still a minor at the time.

This created a special condition for Roneey because the judge ruled that as a result of being converted as a minor, it was not his choice to become a Muslim, a condition also supported by the Department of Syariah Judiciary Malaysia (JKSM).

So now that he is an adult, he is free to follow any religion he wants to under the Federal Constitution:

“He is not challenging the validity of his conversion as a minor. But having become a major, he is free to exercise his right of freedom to religion and he chose Christianity,” – Justice Datuk Yew Jen Kie, quoted in The Star.

This also means he no longer needs the Syariah court to declare him as a non-Muslim, nor a Syariah court order for the NRD to change his IC.

Does this mean it’ll be easier for Muslims to change their status now? 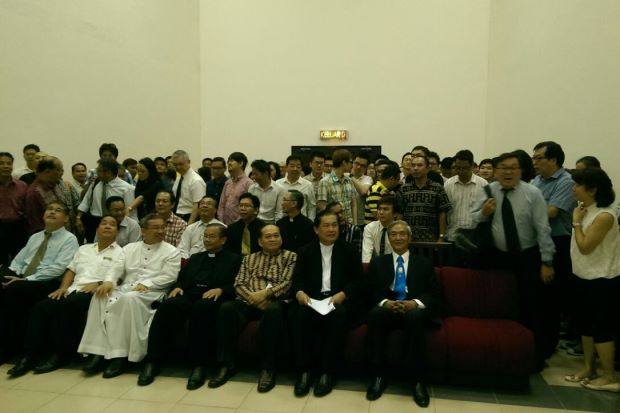 Religious groups and supporters at the Sarawak High Court after Roneey’s ruling (Roneey was not present). Image from TheStar.

One thing to note is that Roneey isn’t the first Muslim to be allowed to leave Islam. Between 2000 to 2010 alone, 135 Malaysian Muslims have been allowed to convert out of Islam for various reasons. Update: including a failed marriage with a Muslim.

When the case was about to be heard at the high court, Roneey’s lawyer believed that it could be a landmark case that will make it easier for Muslim CONVERTS to leave Islam:

“Definitely, especially for those who were converted when they were minors or those having marriage problems. But they have to go to the court processes.” – Chua Kuan Ching, quoted in The Malay Mail Online.

But on the flipside, civil and Syariah lawyer Fahri Azzat (and CILISOS lawyer friend) explains that it might not be as landmark-y as previously thought because the High Court in Peninsular Malaysia doesn’t have to follow the High Court in East Malaysia:

A judgement from Sabah and Sarawak is of equal standing to one from Peninsular Malaysia. However, a High Court Judge in Peninsular Malaysia does not have to follow a [East Malaysian] High Court decision. This is because the High Courts stand as peers to each other and they can differ. – Fahri Azzat in email response to CILISOS

Where this might change, though, is if the High Court’s decision is challenged and brought to the superior courts (The Court of Appeal and the Federal Court), where it could have a bigger nationwide impact:

If it is appealed, it would give the courts opportunity to reconsider and change the decision in Lina Joy or to affirm it. – Fahri Azzat in email response to CILISOS

Which the NRD did, but during the state election campaign, Sarawak Chief Minister Adenan Satem has announced that the decision will NOT be challenged.

But the argument isn’t over yet… Legally, anyways. To be perfectly clear, this article is not meant to encourage apostasy among Muslims. Rather, the Roneey case has shown is that while the Syariah court should have jurisdiction on those who are subjected to its laws, there are still a few grey areas when it starts overlapping with the Federal Constitution (via our civil courts). Lawyers are still arguing as to where the line between the civil court and Syariah court should be drawn when it comes to conversion cases, especially when it comes to child conversion cases.

But that’s just on the legal aspect of things. At the end of the day, we think that Islam, like any other faith, is beautiful in its own way as long as it helps their believers to become a better person. In many ways, faith is also a very personal thing – which is perhaps what matters the most in the end.