We use OMG like in almost every other article. But not this time. This time must really OMG.

1MDB and the names being linked to it need no more introduction. Like when you say Mission Impossible you straight away think Tom Cruise. When you say 1MDB, you think of? But surely after so long, Malaysians are closer to the truth right? It’s been like months since 1MDB started making headlines. We’ve had soooo many people involved in investigating 1MDB, the polis, MACC, and Central Bank just to name a few. But recently it seems as if someone, or a group of someones, have been trying very hard to interfere with these investigations. Let’s test this hypothesis with a few points shall we?

Before we begin, we feel that a lot of things in this article might overlap. So to make things clearer, we’re just gonna list down the groups and individuals involved in the 1MDB investigations.

Awright, so let’s start things of with…

1. The wrong people are being investigated/arrested 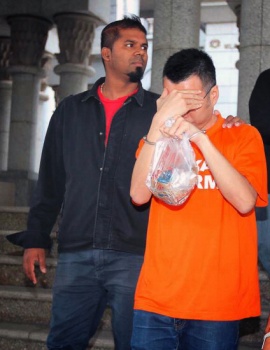 Jerome Lee, one of the 1MDB suspects under arrest. Image from The Sun Daily.

Take a look for yourself: Arrests aside, the recent direction the investigation is taking seems to be towards stopping alleged leaks or (perhaps even allegedly) investigation into 1MDB. Here’s a brief look at the current state of investigations:

“I’m saddened by this [investigation into the MACC] as we had done our best in the investigations in the search of the truth … Suddenly our Deputy Public Prosecutor was detained at 1am. I’m baffled at how this could have happened. This is madness and I feel someone had forced the police to do so.” – Datuk Bahri Mohammad Zin, as quoted by Astro Awani.

So yea, whether or not this whole 1MDB thing is a plot to overthrow the gomen or if actual foul play is involved, the saying goes that here’s no smoke without fire.

So remember we mentioned the polis, MACC, & Central Bank all having a part in the 1MDB investigations? Well, the heads of all these departments plus the Attoney-General were part of a special task force that was formed to probe allegations that 1MDB money went to the PM’s bank accounts.

And they were making progress too. They seized documents from companies connected to 1MDB and with the info from those documents, froze 6 bank accounts. They were even gonna investigate that really, really long 1MDB exposé by The Edge. (Btw support The Edge by signing up for their digital news!) 1MDB money trail by The Edge. Looks more like a family tree for the gods of Greek mythology. No wonder the task force need so many organisations.

And all seemed to be going well until…..the Attorney-General, Tan Sri Abdul Gani Patail, was relieved of his duties last week due to health reasons! He has since been replaced by Tan Sri Mohamed Apandi Ali.

Since his replacement, there has not been any news about the task force’s investigations (other than that his removal wasn’t because he was ill but rather he was allegedly preparing a charge sheet for the PM’s arrest). In fact, other things have been happening with the other task force members. Read on to find out more.

We’re gonna be treading real careful on this because spending a couple of days in jail isn’t our idea of a fun company outing (would make a pretty sweet article though), so this point should be taken with so much salt that your eyes will ask for a glass of water midway through. 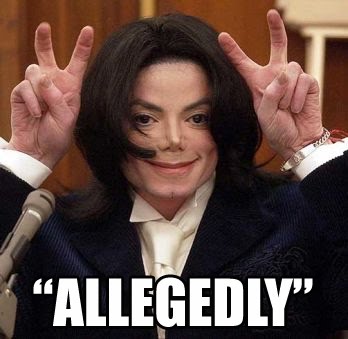 With so much suspicion in the air, it just seems that every move by the local authorities is (allegedly!) a ploy to remove evidence on PM Najib’s (alleged!) connection to 1MDB. When the special task force raided the 1mdb office, the first thought that came to many minds was “They’re gonna destroy the evidence!” But you can’t really blame people for coming to that conclusion, since out of the four departments making up the task force, Actually we don’t even know anymore, since the pages from the Prime Minister’s Office and Prime Minister’s Department websites listing the MACC as one of the organizations reporting to it have been taken down (Link to our articles here and here. Click the images to see for yourself). The recently-updated (July 20th) list on the Prime Minister’s Department website does not list the MACC. Bank Negara reports to the Ministry of Finance which is headed by PM Najib, Attorney-General’s Chambers is under the Prime Minister’s Office (summore just kena replaced), and the Royal Malaysian Police Force reports to the Home Ministry, whose head recently became our new Deputy Prime Minister.

So you have the documents seized by the task force from 1MDB office, and when The Edge published their infamous exposé on 1MDB, they followed through by handing over all the documents in their possession to Bank Negara and the Commercial Crime Investigation Department.

But here’s where thot plickens. A fire broke out at Bukit Aman, which was also the day after PM Najib reshuffled his cabinet and replaced the A-G; leading many to speculate that the fire may cause a setback in the investigation due to, oh, evidence (allegedly!) being burnt. However, Bukit Aman has pooh-poohed this speculation and stated that “only waste paper was destroyed”. However, it does seem that (at least parts of) the task force might have been doing their jobs since the police raided the home and office of the MACC’s deputy public prosecutor Ahmad Sazilee Abdul Khairi on August 2nd and confiscated a laptop and documents linked to the 1MDB investigation. There’s no “allegedly” in this point though… it was confirmed by Bukit Aman. Bukit Aman also confirmed several arrests which we will cover in the point below, which is…

4. Members of the PAC investigation being appointed to the cabinet

So aside from the 1MDB taskforce, the other group of people investigating 1MDB is the Public Accounts Committee (PAC). The PAC, in regards to 1MDB, is basically a committee of people from gomen and opposition that will investigate 1MDB and present a report in parliament when they’re done. So last week’s cabinet reshuffle raised a lot of questions, the bigger talk being how Tan Sri Muhiyiddin Yassin was replaced as Deputy PM. But the other big thing about the cabinet reshuffle was how not 1, 2, or even 3, but 4 members of the PAC had been appointed as members of the cabinet. Among them was the head of the PAC, Datuk Nur Jazlan Mohamed. So what then? Well, parliament conventions do not allow for PAC members to be part of gomen administration. Thus, Nur Jazlan stepped down as head of PAC and said that the PAC investigations were halted until new members were appointed to replace those who left. When would the new members be appointed? In October.

This however, was met with defiance from the deputy PAC chief, Dr. Tan Seng Giaw who said that the PAC could still continue with its work because the law stated that a PAC should have at least 6 members. He said that they still intended to grill 1MDB CEO on the 4th of August. So it looked like the PAC investigations would resume. Until this next thing.

So yea, the deputy chief of PAC said they can still continue, and was ready to do so. When suddenly parliament says this. The deputy chief of the PAC told The Malay Mail Online that Parliament sent him a fax saying all 1MDB hearings for the month of August…..with no reason given whatsoever. This means that the meeting with Arul Kanda that was supposed to take place on the 4th? It didn’t happen.

This means that parliament has more or less stopped investigations into 1MDB’s accounts for a whole darn month. Yea………….. lessee, there was the block on the Sarawak Report website, then PM Najib’s clarification letter to the Wall Street Journal (and impending lawsuit), the suspension of The Edge, the Malaysian Communications and Multimedia Commission (MCMC)’s warning to netizens to not spread “false information” about 1MDB nor make fun of the issue and the Prime Minister (mostly the Prime Minister), constant warnings from the IGP, and new DPM Zahid Hamidi’s warning that he will “strike without warning” against government detractors. Yes, you read that right. He warned that he will strike without warning. 😐

Does the gomen even care about what we think of them anymore?

Really, we always try to take a neutral stance on these things but the more we try to logically work out a valid reason for everything that’s happening that’s NOT impeding on the investigation, the more our logic eats itself.

Our logic eating itself. Image from Little Baby’s Ice Cream

Because, with everything that we’ve just talked about, we’re really wondering if all these are mere coincidences or something more. But one thing is clear, and that is the past 2 weeks have been heavy for Malaysians. Too many things have been happening and so many of them are (or at least seem to be) connected to 1MDB in some way or another.

And things just. seem. to. keep. happening! Every other day we hear of an arrest or a big exposé, and the only reply the rakyat seems to be getting is that…. So much so that it makes you wonder if the gomen even cares about what the rakyat thinks of them anymore.

Call us overly optimistic when we say that we feel it’s not over yet – at least from a rakyat’s point of view. We still have avenues to make our voices heard, and if the gomen looks like it doesn’t care, we need to make them take notice and start caring.

Yes, it may be a long shot but, like a bow and arrow, long shots go farther. The only question we have to ask ourselves is this:

“How far are we willing to go to make a difference?”

So yea… if you’re reading this and feeling frustrated, you’re not alone. Many of your saudara and saudari feel the same way too. You still can play your part by being a part of something bigger. Small voices may get drowned out, but many small voices speaking in unison are much, much harder to ignore. Just don’t give up, k?