Last week, Malaysians were glued to Facebook Live as the Election Commission (EC) announced key dates for the upcoming GE14 – 28 April… 5 May… 9 May… Of course when the rakyat heard ‘9 May’, everything just kinda faded into the background and it is now the date on everyone’s lips. But hey, let’s not forget that 28 April, nomination day, is important too! It’s the day that political parties will announce their list of candidates.

Some have already revealed their candidacy. There are the usual, run-of-the-mill politicians, like Mahathir, Najib, Muhyiddin, etc., but we caught wind of the news that there will fresh faces and young blood, in what is expected to be the most intense elections ever.

And there will be some pretty unlikely candidates too, like……….. waitforit……….. Raja Bomoh!! Yeap the magic carpet-riding, coconut-shaking  bomoh who tried to find the missing MH370 plane. Are there any other unlikely candidates contesting in GE14? Here are 10.

1. The one and only Raja Bomoh Raja Bomoh announcing he will contest in GE14 at a press conference. Img from Malay Mail

Raja Bomoh rose to fame on a magic carpet when he claimed that he’d find the missing MH370. In GE13, he predicted that Pakatan Rakyat would win. Now it appears he actually wants to contest in the coming elections as an independent candidate.

Of all people, the man will be contesting against Deputy PM Zahid Hamidi, in Bagan Datuk, Perak. Being a Bagan Datuk native, he believes he has around 25,000 supporters, especially his silat students. Yep, Raja Bomoh, whose name is Ibrahim Mat Zin, is the Seni Silat Gayung Ghaib President. But he promised NO magic will be used during his campaigning period. 😉 Walao, if Raja Bomoh wins, GE14 will become GG14! But wait, will he be a bad MP though? He did pledge to build more tahfiz schools and silat centres in Bagan Datuk for the youth, so that they’ll stay clear of bad activities. If elected, he also promised to give his salary as an MP to the people of his constituency, including RM800 to single mothers and RM 1,500 to the disabled, monthly.

“Why do I need a salary? I am a businessman and I’m not doing this for money. I held up two coconuts and the world knew who I was. I don’t need money, I only want to serve the people.” – Raja Bomoh, quoted from Malay Mail

2. A former beauty queen from Sabah

Imgs from mysabah.com and pictaram.com

Who says the political arena is full of old crones? First there was Khairy, then Dyana Sofya…and FMT wrote an article about the hottest politicians in Malaysia. The latest person to add a touch of glamour to the elections is former beauty queen Jo-Anna Sue Henley Rampas, 29. The law graduate is contesting in sleepy town Kiulu, which has stolen the national limelight because of her anticipated showdown against BN incumbent Datuk Joniston Bangkuai.

Jo-Anna was the former Unduk Ngadau (Harvest Queen), a high-profile beauty pageant in Sabah. She’s also a former singer, model and a personal trainer, but enough about that, what will she bring to Kiulu? As a candidate of Parti Warisan Sabah, land and basic infrastructure are among the main issues being pushed by the party for this rural constituency.

“I actually heard about Warisan from the workers who were renovating my house. I found out more about them and thought if I were to join a political party, this would be it. Later on they told me they were looking for a youth icon for the Gen Y and Z in Sabah and wanted to give me the opportunity. I thought it was the right platform for me.” – Jo-Anna, quoted on Malay Mail 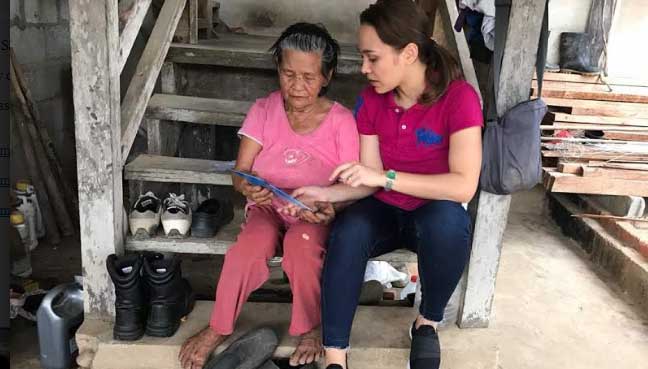 Jo-Anna comes from a family of politicians – her uncle Louis Rampas was the Parti Bersatu Sabah (PBS) Assemblyman before Joniston Bangkuai took over. Her mother was a candidate for defunct Angkatan Keadilan Rakyat (AKAR) in 1994, while her grandpa a native chief who was among those who discovered Kiulu.

So what do you guys think? Will she Rampas the seat? You guys may know Shamsiah Fakeh as a left-wing guerrilla fighter and feminist and one of Malaysia’s first female politicians. Shamsiah was exiled to China and wasn’t allowed to come back to Malaysia for her left wing politics, but in 1989, when her party (the Malayan Communist Party, MCP) signed a peace treaty with the Government, it opened the doors for Shamsiah and her husband Ibrahim Mohamad, also a party member, to return. 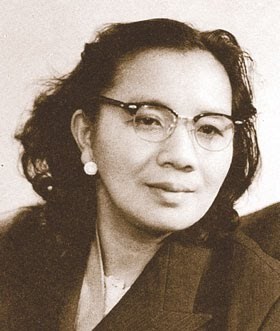 Their three sons did not follow in their parents’ footsteps into politics…. but their granddaughter did! Jamaliah Jamaluddin, special aide to Damansara Utama state assemblyman Yeo Bee Yin, may step up to defend the Kampung Tunku seat currently held by colleague Lau Weng San.

Jamaliah joins a number of other young candidates to be fielded by DAP in Selangor – she and Michelle Ng and Lim Yi Wei are nicknamed ‘Tony’s Angels’, in reference to Tony Pua, as he’d trained them for the post and introduced them at several events in the past. 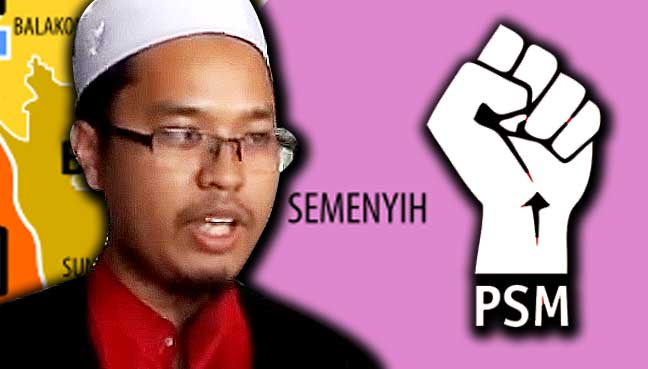 Nik Abdul Afiq, a Parti Sosialis Malaysia’s (PSM) youth member, is only 23 years old, but age is not a deterrent to his political ambitions. And why should it? After all, PM Najib Razak himself was only 23 when his dad, the late Tun Abdul Razak’s sudden passing in 1976, left a Parliamentary seat vacant. Najib became the youngest MP in Malaysian history. Nik Nazmi Nik Ahmad is a close second when he won the Seri Setia state seat at 26.

NAH, BACA:
Remember the Election Council from GE14? They're retiring with full benefits (and BERSIH is pissed)

You know what else is interesting? Nik is a masseur from Kelantan, Berita Daily reported. He is also PSM’s youngest candidate when his appointment was decided early on in October last year. Though his party will be up against giants BN and PH, he senses the sentiment among Semenyih residents is one of weariness with the ruling government. Nik is fighting for grassroots issues, ie. retrenchment, poverty and land matters.

“The youths of today cannot afford their own homes. They are having a hard time finding jobs after graduating. The expensive education fees at local private universities are causing youths there to bear the burden of having to carry a debt amounting to tens of thousands by the time they graduate.” – Nik, PSM Youth Member, quoted on FMT It’s not often that DAP is known for, well, non-Chinese candidates, though Dyana Sofya and Zairil Khir Johari are two names that come to mind. But a tudung lady? That’s probably rarer. Meet Young Syefura Othman (uhuh that is her real name). Even her Gerakan opponents for the Ketari seat said it’s not common in the past to see a Malay female candidate representing DAP.

The story goes that she sent an application form to Segambut MP Lim Lip Eng, who tweeted a group picture of them, which went viral. The party’s publication Roketkini labelled her ‘awek cun’. Before joining politics, Rara, as she is popularly known, was already quite a mini star. She has about 5,000 followers on Instagram and 7,000 on Twitter, plus her photos were widely circulated during Bersih 3.0, earning her the nickname ‘Puteri Bersih’.

Like Dyana Sofya, Rara got called pengkhianat bangsa and anti-Malay for her choice of party, however she believes in their creed of equality for all regardless of race.

“I joined DAP because it leans on equality for all. The party accepts anyone regardless of their race or religion. Those who accuse others of being racist should take a look at themselves first. How can DAP be racist when they accept anyone regardless of their race? They are attempting to make the party more Malaysian.” – Rara, quoted from The Star Bawani (left) facing the Suara Wanita 1Malaysia president in a forum that turned her into a viral celeb. Img from Vulcan Post

Whoa old skool, you guys remember the Listen Listen Listen girl? If you don’t, allow us to refresh your memories. K.S. Bawani was a Universiti Utara Malaysia (UUM) law student who unwittingly became an internet celeb when a video of her went viral in 2013.

She stood up to speak at the public university forum, highlighting points on Bersih and free education, however, the President of women’s organisation, Suara Wanita 1Malaysia (SW1M), Sharifah Zohra Jabeen, cut her off with “listen, listen, listen”, said about 10 times. She said other things like, “When this is our programme, we allow you to speak,” and “When I speak, you listen.” and told Bawani to leave the country if she wasn’t happy.

Guess what? Bawani is all grown up and ready to fight MCA and DAP for the seat in Malim Nawar, Perak. This is her GE debut, under the PSM banner, which she had joined since around 2012. Actually she’s not that unlikely a candidate since she is a lawyer and a PSM member.

Bawani had actually turned down the chance to contest in GE13 because she wanted to focus on her law degree. She was called to the Bar in 2016. What drew Bawani to law, according to her mom, was seeing all people struggling without legal assistance during her time at PSM. :’)

Looks like we have an interesting lot of candidates this GE14

An ex beauty queen, a communist guerrilla’s granddaughter, the king of bomohs, an internet sensation… what a ‘interesting’ pool of candidates we have this GE14. 😀 But wait, there’s MOAR! How about ‘Mona Fandey’s’ husband?! Wuuuut? You guys may have heard of Dukun, the latest Malaysian horror movie to hit our cinemas. The story is of an investigation into the death of a politician at the hands of a bomoh, based loosely on the real life bomoh Mona Fandey. So the dukun (aka bomoh/shaman), is played by Umie Aida, a Malaysian actress, who is married to the guy contesting for the Jasin seat in Malacca, who is none other than Khairuddin Abu Hassan. Dis him but campur with Prof Snape

Khairuddin, formerly with Umno, was the guy who went around the world making police reports against 1MDB. He’s also a known Mahathir loyalist. He was attached with Parti Pribumi Bersatu Malaysia (PPBM) for awhile, but quit in order to focus on his court cases. Now, officially party-less, he will be contesting as an independent in a seat that is allocated to Amanah.

The incumbent is Ahmad Hamzah from Umno who defeated PKR by 11,763 votes. Sounds like a challenge for Khairuddin, but since his wife is a dukun… who knows? 😛

We also came across a gym owner who is a first-time candidate for PSM. He promised to give free gym lessons if he gets elected. It’s like, you want Snickers or Crunchie or Mars Bar? We’ve got everything! Just kidding, don’t cast your vote this way k. 😆

At first glance, they may seem like a random, unlikely bunch of political candidates, but hey, if there’s one important thing, it’s not to look at their backgrounds, rather, what policies they stand for and whether they are capable of doing the job or not. And who knows maybe the unlikeliest candidates can do wonders for the rakyat. ¯\_(ツ)_/¯

Good luck and may the best candidate win!