This article was originally written in Dec 2017, but has been updated to reflect recent developments

First brought to light in 2015, the 1MDB issue on Malaysian media is now like a super celebrity that’s struggling to come to terms with its retirement. Previously on the 1MDB saga, the US Department of Justice filed to seize more of Jho Low’s assets, and for reasons unknown left out a particular item. Now, with the new government short on cash, it’s only logical to hunt down any remaining 1MDB assets.

So we’d like to take you back… to 5th December 2017, when US Attorney General Jeff Sessions brought up 1MDB in his speech at a Global Forum on Asset Recovery. Why did 1MDB get special mention? Out of the USD 3.5 billion (RM 14.3 billion) they seized in corrupt proceeds, almost half of that came from 1MDB alone.

But if you watch the video, Jeff Sessions also raised another very interesting point later on.

Wait… so the US returns the money to its rightful owners? Means we can get about RM7.15 billion from the US gomen! Wooohoooo! Too bad CNY pass adi!

OMG USA so nice! Thanks Donald Trump! But wait… 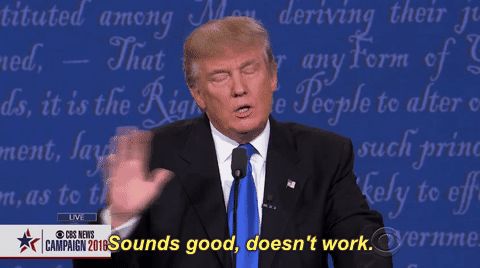 Corrupt and laundered money ends up in US all the time, but you’d be wrong to think that its an uniquely US problem. Very often, money gained through illicit means are laundered through a financial equivalent of a magic trick, so it changes hand from a bank in one country to another bank in some other country far away. As proof, you can try to read the D.O.J files on the alleged paper trail of 1MDB yourself. Take for example the case of General Sani Abacha who ruled Nigeria from 1993 to 1998. His reputation of corruption was so well known that he was ranked the 4th most corrupt leader by transparency international. When he died, over USD 458 million (RM1.8 billion) of his assets were frozen in the US (the amount was impressive pre-1MDB days), and his assets were also seized in UK, Switzerland, Luxembourg, the Bahamas, and Liechtenstein.

Countries work together under an initiative called the Stolen Assets Recovery Initiative (StAR), participated by members of the United Nations, the World Bank and other international enforcement bodies. According to StAR’s estimates, cross-border flow criminal proceeds, corruption, and tax evasion is between USD 1 trillion – 1.6 trillion each year, globally. As far as we can tell for the US, UK, and Switzerland, the standard practice is to return the stolen money to its rightful owners… after the due process of trial in the courts, of course.

Earlier in June this year, the US returned USD 1.5 million (RM 6.13 million) to Taiwan, after they sold 2 properties bought with bribe money by family members of former Taiwanese president. But, the case happened all the way back in 2004, meaning that the case took about 12 years to finally get settled, and that was only for 2 houses! Why can’t JUSTICE be faster?!

Firstly, investigators have to backtrack a few years worth of transactions and collect evidence to prove that a crime/ crimes had indeed occur. You can imagine how the difficulty would increase if it involved numerous countries, and require the sharing of bank records, telephone records and so on, so that’s going to take awhile.

Is this what all international investigators look like? Image from dorkly.com

Secondly, the accused (or their family) is given a fair chance of proving their innocence. Like in the Nigeria case, Abacha’s family attempted to block and slow down the case by employing a large number of lawyers. 5 years had to pass before Switzerland could make a conclusive decision to return the money to Nigeria.

But EVEN IF the U.S. agrees to return the money…

Who exactly does the money go back to?

Well, it depends on ALOT of factors – like where the funds came from in the first place, what the relationship between the countries involved are and so on.

When Nigeria finally got their USD 505 million refund from Switzerland, it also came with an agreement between the 2 governments that the money should only be spent on projects in areas highlighted by the United Nations. The World Bank (which always act as a 3rd person observer) and Switzerland will oversee and review the projects to ensure no hanky-panky goes on.

US returned Kazakhstan’s money in a similar manner, by channeling it into a Kazakh child and youth development foundation. It was chaired by Kazakh citizens, representatives from the US and Switzerland, international organisations and was advised by the World Bank as well. Besides returning the money to its owner, the goal is also to ensure that the money will not fall in the wrong hands, AGAIN.

Justice: You can’t get enough of it. Image from giphy.com

But what about the fancy boats and paintings? Are they going to send those back to us as well? When Libyan leader Muammar Gaddafi was overthrown, people were also asking about the USD 1.5 billion (RM6.13 billion) worth of assets he stashed in the US too. According to Charles Intriago, a former U.S. federal prosecutor, the US has four options:

“Keep the property; sell it to the highest bidder and use the money for its own purposes; keep some of the money and return some to the country of origin; or return all of the proceeds from the sale to that country.” – Charles Intriago, quoted from RFE/ RL

So depending on the country’s relationship, the US gomen decision can vary, so lets hope the great friendship between us keeps up.

NAH, BACA:
Malaysia cancelled a rock concert but metal fans made us proud

But you may be asking: What good would come to the US if they just choose to keep the stuff? Well, assets might appreciate in value, and any money would continue to grow from interest, so freezing the stuff indefinitely is not a problem for them either. That was exactly what they did to the Cuban government and its citizens in 1963, and it was only 52 years later that the 2 gomens restored diplomatic ties (in 2015). One Cuban family had a house valued at USD 4.5 million in 2015, but it was only USD 2.2 million just a few years before.

The US might also keep the seized assets if they deem the receiving government unworthy. In Qaddafi’s case, former President Obama ordered the assets seized while Gaddafi was still ruling Libya. It was only after he was overthrown that US released the money to Libya for humanitarian purposes.

The DOJ is already looking forward to working with Malaysian authorities

As we know, the 1MDB case has been investigated by local authorities after the case broke out, and as far as they’re concerned, there was no evidence of any wrongdoing in the the case. So up until recently, there were no crimes committed in the 1MDB case. You can read the official findings here.

“No criminal charges have been made against any individuals for misappropriation from 1MDB.” – Malaysia’s Attorney-General Mohamed Apandi, quoted from Reuters

Unfortunately, this is probably one of the reasons the funds haven’t reached us yet. If the gomen had accepted the compensation from the US, it might have meant that they admit to everything that 1MDB is accused of. Or would’ve they’ve? While we couldn’t find a case involving US, we did find a case between Switzerland and Angola. Switzerland returned the seized USD 21 million to Angola even after the investigations “found no irregularities”. The money was transferred to a Swiss national bank, with Angola named as the beneficial owner, but only the Swiss government was authorised to withdraw the funds. The money ended up funding mining and agricultural contracts between Angola and Switzerland, which some argue was more beneficiary to Switzerland than Angola.

We will most likely get our money back, its just a matter of WHEN and HOW

When the US filed to seek more than USD 1 billion (RM4.08 billion) from the 1MDB case, they did expressed the intention of returning the money to Malaysia.

“The FBI is committed to working with our foreign and domestic partners to identify and return these stolen assets to their legitimate owners, the Malaysian people.” – The United States Department of Justice press release back in 2016

Seeing how the 1MDB case is the world’s biggest financial scandal, it wouldn’t be a surprise if its going to take more than a decade for all the nations involved to complete investigations and reach settlements and what not. In what package the money might be returned to us also remains a question. Will it be a direct transfer back to our gomen? Or will it be in an account overseen by US and the World Bank? To pay for US services maybe.

However, the DOJ has recently met up with the newly formed 1MDB taskforce, and the FBI.  It’s come to light now, that they already approached former AG Apandi in September 2017, but that offer was never taken up.

“The DoJ and FBI also recorded their highest gratitude to the newly formed Malaysian government under the leadership of prime minister Tun Dr Mahathir Mohamad for acting on the issue after the former administration failed to take any action related to 1MDB,” – 1MDB taskforce, NST, May 24

While the taskforce does seem to be moving quickly, 1MDB is a wrangled mess involving many companies, many countries, and just one employee. So much like Star Wars spin-offs, the 1MDB saga is far from over, and hopefully some balance might be brought to Malaysia’s bank accounts instead.